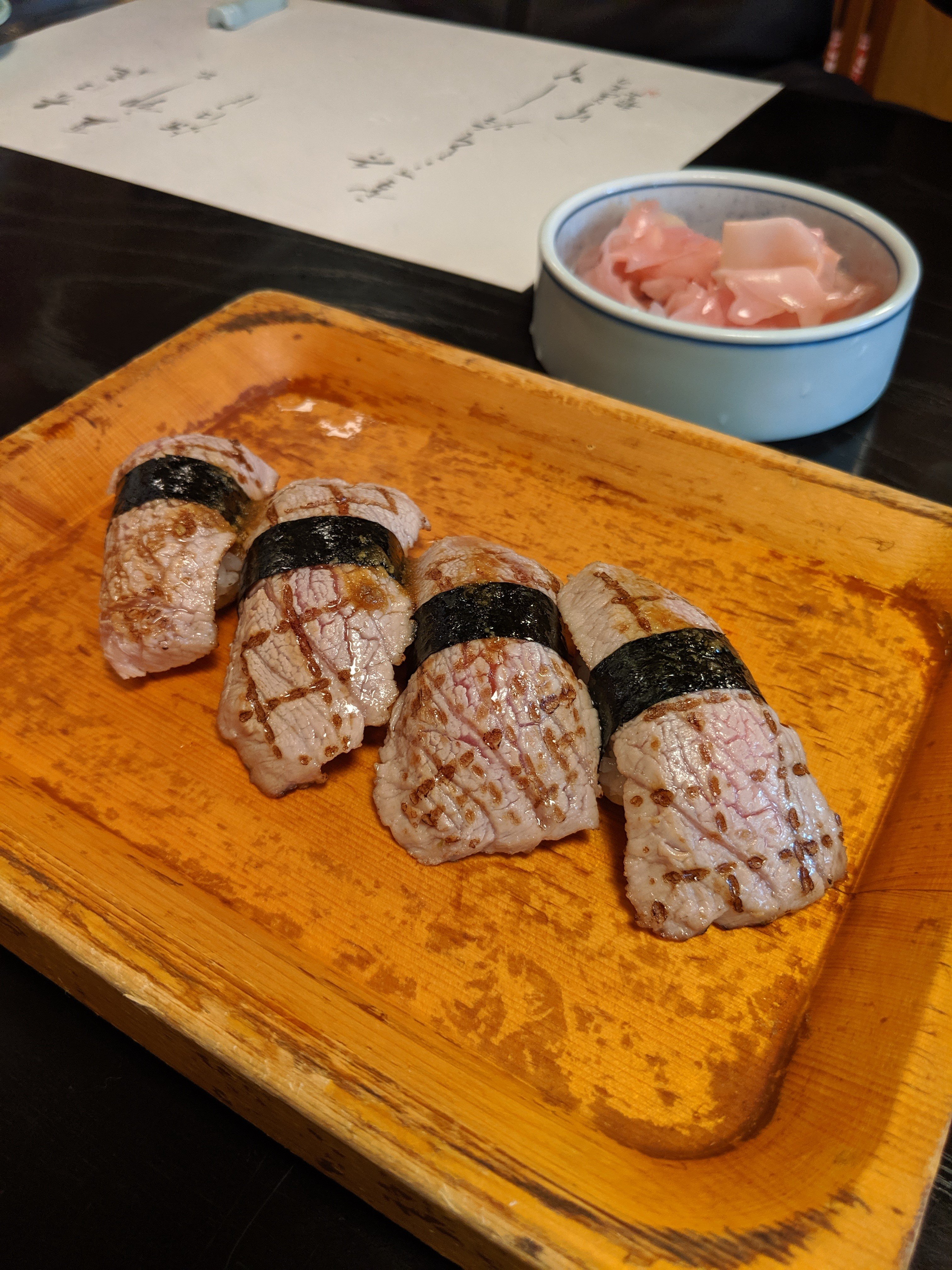 What may be the most difficult task in running Moto is deciding what sake, beer or spirit to include on our beverage list, given the wealth of stunning beverages to choose from in Japan. That is why our philosophy is to personally visit each and every producer before entering a partnership with them so that we can select drinks that go beyond simply tasting delicious. The items we choose must also be embodiments of fine craftsmanship made with passion, and most importantly, by good people!

We have our fair share of hilarious, bewildering, and sometimes even moving tales regarding our brewery visits that we would love to share with you over a drink (or two!) the next time you visit us at Moto. Yet in the meantime, we hope you continue to check in on this ongoing journal series, ‘Moto in Japan,’ a highlight-reel if you will of our adventures in the homeland.

Our first episode looks back on the time we visited Sakata Brewery, or ‘Jokigen,’ the name of their house brand of sake that has now become synonymous with the brewery name. After an hour-long flight from Tokyo and a few local trains later, we reached Sakata city in Yamagata prefecture. My first impressions? While beautiful as every corner of Japanese countryside tends to be, it was a quiet residential area, different than what I was expecting given its historical reputation as the host of one of the most prosperous ports in the nation.

Our excitement at having arrived did not waver however due to Sakata Brewery’s stellar reputation. In recent years, it has been the constant feature in national tasting competitions, taking top honours five years in a row, while attracting a broad fan base throughout the nation and abroad (you can read further about the brewery here). Hence why we were keen on meeting the masterminds themselves!

Moments after our arrival after some brief introductions and quick pleasantries were exchanged, Mr. Nao Sato, Jokigen’s Senior Managing Director that was taking care of us for the day, asked us if we were hungry. When we responded that we always were, he took us down the road to his favourite sushi restaurant. As soon as our behinds hit the traditional Japanese tatami seating area that was reserved for us, the head chef came to greet us personally. He kindly explained that there will be no need for us to dip any of the sushi in extra soy sauce as he will be serving up each dish with the perfect amount of house-made soy sauce, or sometimes other sauce types, already on each morsel in a way that best brings forth the character of each fish. Our eyes lit up with this news, as even in Japan, this type of care by a sushi chef can only be found at the most prestigious dining establishments.

What followed was magical. During the generous 10 course meal, each bite-size piece of perfection was pure joy, what with the medley of fresh fish caught the morning of simply melting on our tongues. Keeping in line with Japanese etiquette, as soon as a plate of sushi hit the table, we would all reach for our piece immediately instead of letting it sit idle. A server would then swiftly replace the plate with another equally exciting platter.

Of course, the restaurant carried Jokigen sake, which was the perfect accompaniment to our meal. While a brewery more known for their dry and “manly” styles of sake, the sake offered was very light, fruity and elegant. When we mentioned this to Sato-san, he explained that this sake was an embodiment of their company philosophy, which is to treasure feedback from customers instead of running rampant with producing sake that is self-serving. The sake we were sipping on was born as a direct response to requests for a Jokigen sake that did not clash with fresh sashimi and sushi. The brewery clearly did an amazing job meeting this demand, as the fresh and smooth sake did not overpower delicate white fish while acting as a palate cleanser after consuming the rich tuna aburi for example (pictured).  What we can only call a truly phenomenal feast finished off on a high as well, with different types of miso soup to choose from with varying seafood.

Snapping out of our sushi daze, we finally remembered what we had come all the way to Yamagata prefecture for – the sake!

Stuffed to the brim, we rolled back to the brewery and were given a tour by one of the lead kurabito (brewery worker), Mr. Daisuke Naito. What was clear from the beginning of the tour, something Jokigen is probably most revered for within the industry, is the breadth of sake-specific rice handled with an especially keen devotion to locally grown rice. Entering a dark, cool storage room used to dry the rice grains before they are polished (karashi枯らし), we saw numerous bags of rice lying side by side with labels attached to them, each signifying a different rice strain. Some were as famous as Dewasansan, the prefecture specialty, and others lesser known. Given how each variety of rice must be handled in completely different ways throughout the brewing process, Jokigen shows true commitment and skill to be able to master each and every rice profile!

Naito-san took us from one room to another within the medium-sized brewery facilities, from where rice is washed, soaked and steamed by hand all the way to the refrigeration room where bottles of finished sake are matured for a few months before being shipped off to their respective destinations. Although the general steps necessary for sake production may all be taken by breweries throughout the country, how each brewery decides on executing each process is always completely different. There are limitless considerations that would be impossible to list in their entirety, but a few include whether to mechanize a certain process or to do it by hand, how long rice should be left in the moromi room after it is inoculated with koji bacteria, the sizing and material used for the fermentation tank, to how long, if at all, the sake should be matured and whether that should be in bottle or in tank. Learning all about how Jokigen tackles each and every task was extremely illuminating, yet our biggest lesson (and what may be the determining factor for Jokigen’s recent accolades) was how passionate the kurabito are for the sake brewing process and their dedication to producing the best possible product. Take Naito-san for example. At one point, he had tears in his eyes describing his devotion to the sake he helped make as his children, and how difficult it is to walk the fine line between trying to guide them towards the right path while never trying to curb their individuality or project his own ego onto them. Sometimes, he is even saddened when it is time to sell the sake, as this means he will have to part with something so close to his heart.

What for some may just be a clear liquid that gets you drunk, sake for the kurabito at Sakata Brewery is much, much more. It is a mirror to their souls, an embodiment of their love for their craft, a memory of their highs as well as their lows.

A big thanks to Sakata Brewery, especially to Mr. Sato and Mr. Naito, for their generous hospitality and taking the time to show us the true Jokigen spirit!